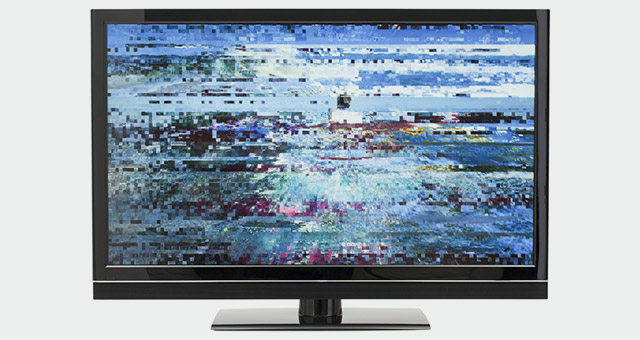 Have you had it up to your eyeballs with digital TV? Gone is the comfort of the analog picture. Now, you’re left to resort to reading a book on the patio. What’s next, a bottle of wine?

This is all because digital TV signals move through the air like water mixes with oil. It’s definitely not resilient like the old analog TV signal, which delivered in rain, sleet, snow or shine.

It’s time to get TV back into your life.

Use the following troubleshooting techniques as a guide on your way to watching prime time television again.

The Federal Communications Commission designed a process called double-rescanning, which erases and then reprograms the channels in the converter box or digital TV’s memory.

Now, it’s time to rescan for real. Do this by reconnecting the antenna to the converter box or digital TV and running the channel scan function again.

Move the antenna to a different spot on your entertainment center and try realigning it up/down and left/right.

The FCC says that moving the antenna a few feet can reduce interference caused by competing for electronics equipment, like a DVD player, converter box, or the TV.

Personally, I don’t think that moving the antenna a few feet away from the converter box will make that much of a difference, but give it the old college try. If it doesn’t work then try relocating the antenna.

For indoor antennas, you’ll want to get the antenna as close to the outside world as possible. Move it close to a window so it gets an unobstructed look at the open air.

Moving an antenna can present a few logistical issues. For starters, you might need to increase the length of the coaxial cable on the antenna in order to move it by a window. To make this happen you’ll need to buy more coaxial cable and a coaxial extender. These items are sold at most hardware and electronics stores.

Once you get the antenna installed you’ll want to perform the double-rescan process described above.

My first recommendation is to ditch that indoor antenna for an outdoor model.

I know that outdoor antennas are more expensive and can be a pain to install, but this is your TV we’re talking about. How can you watch and record your favorite shows on a Kindle?

Just be sure to check out Antenna Web before buying an outdoor antenna so you can get the most accurate antenna recommendation for your address.

If the outdoor antenna isn’t feasible then try a different type of indoor antenna—one specifically designed for digital. The new digitally-enhanced antennas won’t look like an antenna that you’re used to. They’re flatter by design, which helps them capture the digital TV signal.

The key criteria to reap the benefits of amplification is that you are already capable of receiving a digital TV signal. The signal can be poor, but at least it’s there.

If the antenna doesn’t pick anything up then amplification probably isn’t an option. You’ll probably need to think about buying an outdoor antenna.

Amplification is a tricky concept. You can compare amplifying a digital TV signal to water barely falling our of a hose. Amplification for an antenna is like attaching a nozzle to the end of the hose so you can increase the hose’s spraying power.

Amplification isn’t a guaranteed fix for every poor TV reception scenario but it is an option. You also want to be sure not to over-amplify the signal. You can blow out a TV tuner in the same way that you can blow out a car speaker when cranking the volume.

Give up your TV. No, not really. But, maybe you can supplement your TV watching with programming on the Internet. You might even consider going in with someone on a satellite service package and splitting the cost or paying for the cheapest basic cable service.

You might also contact your local broadcast stations to see what they can do to help. It’s possible they are having technical difficulties that you are unaware of.

Get A Free Quote Now 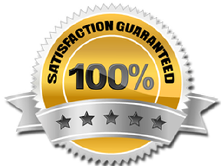 What Our Clients Say

These guys are brilliant, I wish they did more than just antennas! In and out in under an hour, and they guaranteed my reception as well, so any dramas and they’d be back to sort it out any time. Highly recommend

Russell from Antenna Genie showed up exactly on time, they explained how they would test and diagnose the issue, and got straight to work. Within 20 minutes he knew exactly where the problem was and quotes us to fix everything. We were up and running again in less than an hour, thanks guys!

Never been so impressed with a tradie or handyman. Very respectful, always asked permission to enter the house or check anything. He also kept us informed every step of the way, and let us know where he was at and what the costs would be. Now our signal is perfect!

Jason was fantastic – he really knows what he’s doing. He actually saved us quite a lot of money by using the existing mounts and cables that were in the walls as he tested them and knew they were in good condition. We managed to get crystal clear signal for $125! Totally stoked, thanks Antenna Genie.

Amir was a great technician, showed up on time and did a very tidy job. Will be recommending you guys to all my friends, thanks again!

Amir did a fantastic job with helping us get our tv connections sorted. He was very polite and professional and helped us with all of our needs